Ezra Carr was the University of California’s first professor of agriculture. The new university was a land grant college, funded in part by the sale of federal public land given to the state. In addition to normal liberal arts subjects, federal law required that land grant colleges offer practical instruction in agriculture and mechanics. And so when the university occupied its new Berkeley campus in 1873, the first educational substructure established was the College of Agriculture under the leadership of Professor Carr.

Carr came to Berkeley from the University of Wisconsin. (His wife, Jeanne, an accomplished botanist and writer, was a friend and mentor of John Muir, who had been her husband’s student in Wisconsin.) Although Carr lectured his students on the history of agriculture going back to the Garden of Eden, he interpreted the landmark college law to mean that he should establish a largely vocational program that taught young men to become good, hardworking farmers.

But this conflicted with the vision of Daniel Coit Gilman, the new university president. A member of a generation of higher education leaders greatly influenced by the example of German universities, Gilman favored a researched-oriented program that emphasized a scientific approach to knowledge and learning. Rather than train individual farmers, the university should discover and disseminate new principles, technologies and methods that would improve the productivity and efficiency of California agriculture.

Gilman’s approach was criticized as elitist by labor and farming groups allied with Carr. They not only supported more money and prestige for Carr’s program, but also advocated abolishing the autonomous Board of Regents and placing the university under the control of the elected state superintendent of public instruction. But Gilman and the regents ably defended their domain, and the legislature maintained the status quo. Predictably, Carr lost his job but got his revenge in1875 by winning election as superintendent of public instruction. He thus became an ex-officio member of the same Board of Regents that had recently fired him.

All this was too much for Gilman, who left Berkeley to assume the presidency of the new Johns Hopkins University in Baltimore. However, Gilman’s scientific, research-oriented approach was very much shared by Carr’s successor, Professor Eugene Hilgard.  Hilgard laid the foundations of a program that eventually became centered at the university’s Davis campus. But UC Berkeley has honored his legacy by naming a Berkeley building Hilgard Hall. Needless to say, there’s no similar building on campus named after Ezra Carr. 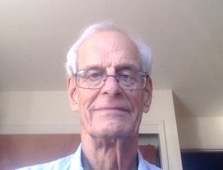