As with many other facets of Berkeley, the counterculture movement of the mid 1960s to early 1970s had a lasting impact on the city’s “foodways”: the cultural, social, and economic practices relating to the production and consumption of food. And what happened in Berkeley didn’t stay in Berkeley. Some of the many connections between the counterculture and food in Berkeley are:

Free food was given out at People’s Park, and the Black Panthers set up grocery giveaways at San Pablo Park.

Travels in Europe and Asia by young backpackers and students contributed to an interest in alternative styles of eating, as did the multicultural population in Berkeley.

The Cheese Board Collective, sold to its employees in 1971, was another anti-establishment approach to food production.

The Swallow restaurant in the University Art Museum of the 1970s was also a worker-owned collective.

Numerous Berkeley students and alumni looking for alternatives to traditional, mainstream careers found themselves drawn to working at Chez Panisse, which had an egalitarian, experimental, anti-establishment atmosphere. Many who worked there went on to spread the gospel of cooking with fresh, local, organic ingredients far and wide.

Everyone with a sunny patch of yard started growing their own vegetables, and cooperative community gardens emerged. Before opening Chez Panisse, Alice Waters was publishing recipes in a column called “Alice’s Restaurant” in the underground newspaper the San Francisco Express Times (with drawings and calligraphy by David Lance Goines, whom she was living with at the time).

In 1970 Frances Moore Lappé, shortly after attending graduate school in social work at Cal, did the research in Berkeley for her influential book Diet for a Small Planet, promoting vegetarianism as a solution to world hunger.

Going a step further away from the supermarket model, the Berkeley Food Conspiracy, started in the late sixties, was a buying club that became a model for others around the country.

Ruth Reichl (future editor-in-chief of Gourmet magazine) and her fellow Channing Way commune residents once made Thanksgiving dinner out of food from supermarket dumpsters.

Robbie’s Cafeteria and “the Med,” both on Telegraph Avenue, hosted countless discussions of radical politics and protest actions even before the sixties.

The Ecology Center, founded in 1969, has a wide range of goals, including the creation and promotion of an “alternative food system that is based on the values of environmental protection, justice, and access to healthy, sustainably produced food for all.”

All of this contributed to what Joyce Goldstein has called, in a 2013 University of California Press book, the “California Food Revolution.” The book also discusses Southern California, but Berkeley figures prominently in the story. Another recent book, Andrew Friedman’s Chefs, Drugs and Rock & Roll: How Food Lovers, Free Spirits, Misfits and Wanderers Created a New American Profession (HarperCollins, 2018) draws heavily on interviews with chefs who came out of Berkeley.
It’s important to remember that today’s elite farm-to-table dining scene owes a lot to the heady, hippie days of about half a century ago. 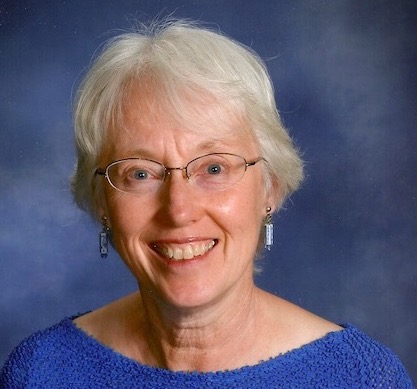